Reporting of rules with system scope has been improved 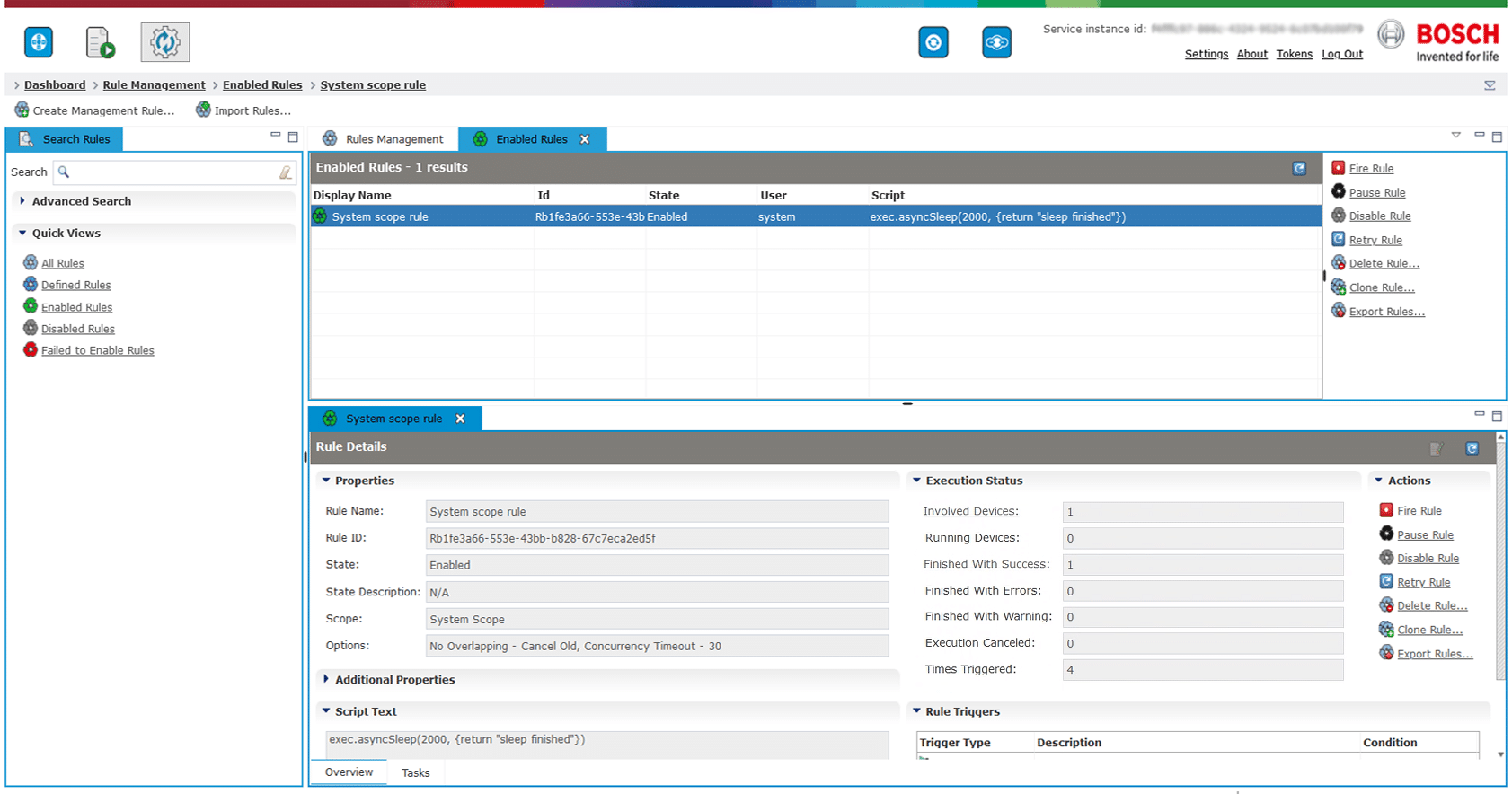 Mapping between search index fields has been improved

The Bosch IoT Manager REST API provides possibilities to sort devices and groups via a number of its GET methods. However, to be able to successfully sort your list of devices or groups you need to: